As many modular manufacturers come and go, we often are intrigued by the not so well known ones. Setonix Synth is one of these, and we have to say that they are coming onto the scene with a HUGE BOING! Located in upstate New York and started in 2021, Setonix Synth derives its name from a little cute marsupial from Western Australia. (thats pretty rad).

We happened to be surfing ETSY one evening and came across the Setonix Synth Boing! by chance. It was a partial DIY kit and it was very reasonable priced. We ordered it up and waited for it to arrive. Upon its arrival, we knew it would be a fast build due to the SMD components being all tacked down.

Setonix Synth Boing! - What is it?

The Setonix Synth Boing! is a discrete transistor based low pass gate with some grit. It is a light dependent circuit that uses vactrols and a JFET transistor input and output stages. The Boing also uses an active LED control circuit, thus allowing for negative feedback and some gnarly overdrive…. basically, its a kick ass 4hp module that everyone needs in their rack.

Upon opening up the kit, you will notice that there are not a lot of parts to complete the module.

A couple of vactrols need to be built and apart from this, there are a few pots, a switch, headers and a few jacks. This is about it in the partial kit.

How do you build vactrols?

To build the vactrols, simply insert the LEDs into one end of the heat shrink and insert the LDR into the other said facing the LED. Hold one side with a finger while heating up the shrink to ensure that you are minimalizing any light escaping. Set these aside for now.

Start off by mounting the power header to the backside of the PCB. Place a dab of solder on one of the pads and then gently hold the header in place as you heat up the pad. It will click into place and then you can solder the rest of the pins.

Grab the vactrols you previously built and insert them into the PCB making sure that the short leg on the LED side of the vactrol going into the square hole. This is the cathode side of the LED and its really important that you don’t mix this up. Solder one leg of each part then adjust the position until its relatively straight. Make sure to leave some space below the vactrol and above the PCB.

Insert all frontal hardware (jacks, pots, etc) and the LED into the other side of the PCB, but do not solder these parts yet. Double check minor details: ensure that a B10k is being used for RCV1 and a B50k pot used for RCV2 and RFB1. If your potentiometers have solder tabs, be sure to break them off prior to mounting the panel.

After everything has been placed onto the PCB, gently place the panel over the top of the module. Hand tighten the nuts onto the jacks and the pot to hold the panel in place.

Flip the board over and tack everything into place, paying special attention to the small SMD parts that you are soldering around. Lastly, tighten all of the nuts on the pots, jacks, etc. Then insert the brass screw into the knob and place each one on a potentiometer. Tight the knobs and plug in your power cable… you have just completed the Setonix Synth Boing!

The potentiometer RFB1 can be slightly hard to reach with vactrols right on top of it. Soldering them in with some space should allow you to gently nudge them out of the way, solder in RFB1, then nudge them back behind the PCB. 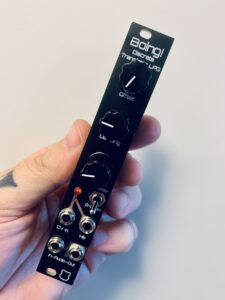 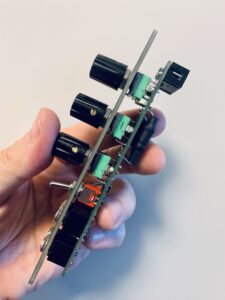 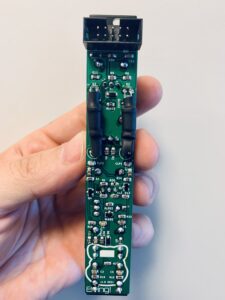 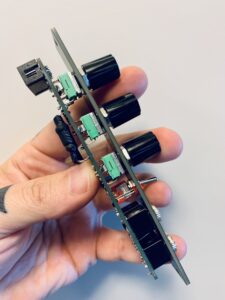 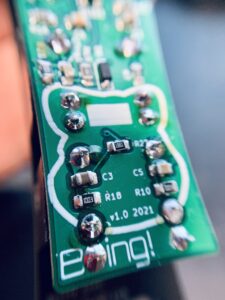 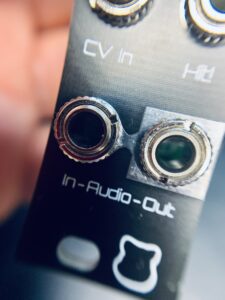 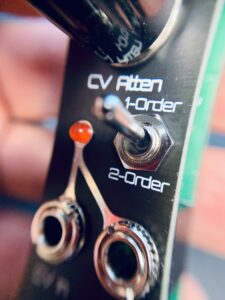 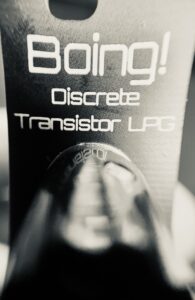 As summer ended and fall approached, we found ourselves building a lot of modules. When we came across the Setonix Synth modules, we were taken aback by their capabilities. Low pass gates are some of our favorite modules and the Boing came in and kinda made a new home in our rack. After we completed the Boing and began to get to know it, we had to order up another module called “Marsupial”. You can read all about that in an upcoming build/review.

The Boing is a solid module with a lot of “umph” packed into a small 4HP module. We have been so impressed with it, we bought 2. That’s right… we bought 2 of these modules and have had more fun patching these things, one would be amazed!! Head on over to Setonix Etsy page and pick up a kit or two… tell them that we sent ya too!

If you have questions about the build process or suggestions/feedback about this article, feel free to let us know by contacting us. We look forward to hearing from you!

Until the next build …