In the world of modular synthesizers, multiples are a staple in any system. While there are many different manufacturers of multiples, their primary function remains about the same. They are used to duplicate a signal to send it somewhere else in your system. The most common type of multiple is known as the passive multiple, or quick multiple being that it does not require power to function. They are basically a bunch of jacks wired together with no circuitry between them. You plug in your input in one jack and it sends to a series of outputs. It is that simple.

Passive multiples not only come in a modular form (1U, 3U, 5U etc) but they come in other shapes and sizes. Jumper cables (or stacking cables), passive stars or trees are also other types of multiples. One of our featured previous builds was the Catwalk Series from Waveform Magazine. This was a very unique take on the passive mult being that it did not take up any space in our rack. It simply mounted on top of any other module to act as a  quick bridging module. It is definitely one of our favorite passives to utilize.  Basically, a passive multiple can be anything that can output to more than 1 output jack that takes no power.

~ Pure simplicity at its finest ~

Now, with all this talk of passive mults, there are some downsides to using them. Since they are not powered, unwarranted results could occur with internal circuitry or with throughput to other modules. Some modules have circuitry that is internally buffered and if you patch to one or more outputs, the output voltage could ultimately change causing a drop in signal or wave shape…. but we aren’t going to get too much into that.

Now, this might seem like overkill on attenuators, but think back about the last time you actually needed one and you didn’t have one. This is a utility module with purpose, much like the other modules produced by our newcomer friends at CI. 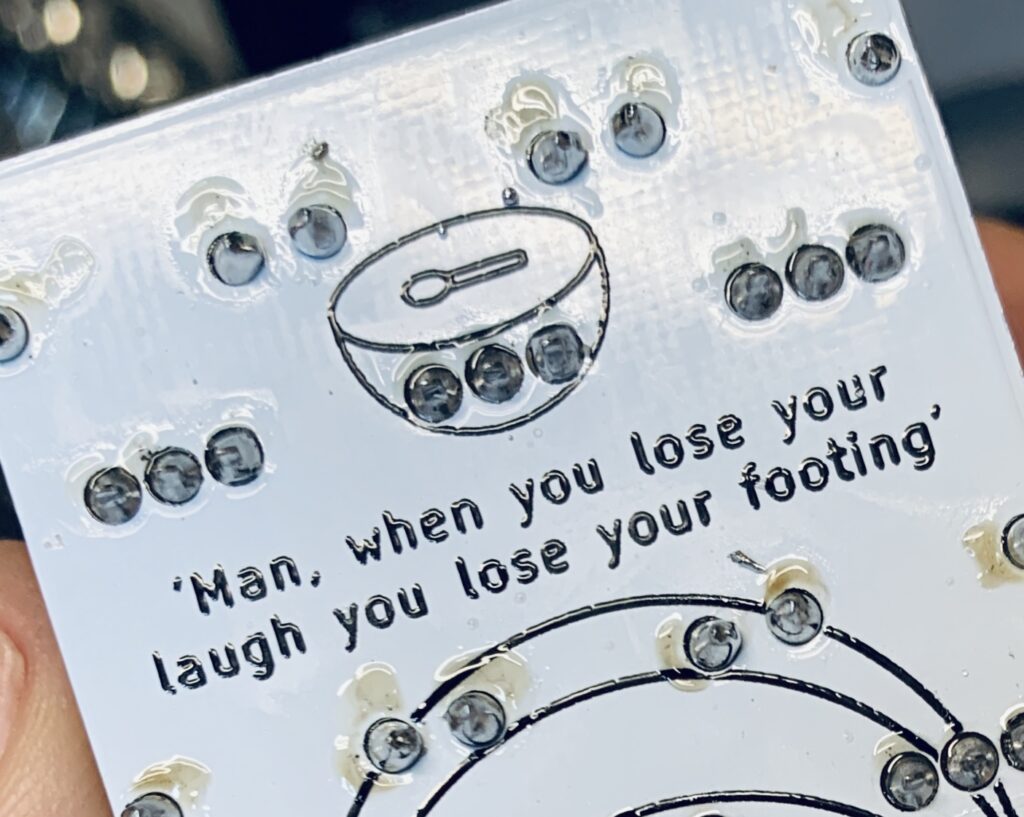 Another cool thing about the Cereal Instruments ‘mesh’ is that each of the rows set of 3 inputs are normalized together so that they can actually act as an attenuative passive mult. Read that again, that is cool. Let’s not stop there though. The columns on the ‘mesh’ have their top outputs normalized to the bottom, allowing you to mix the top and the bottom rows when nothing is plugged into the top.  With this being said, you now may be wondering what exactly an attenuator does. 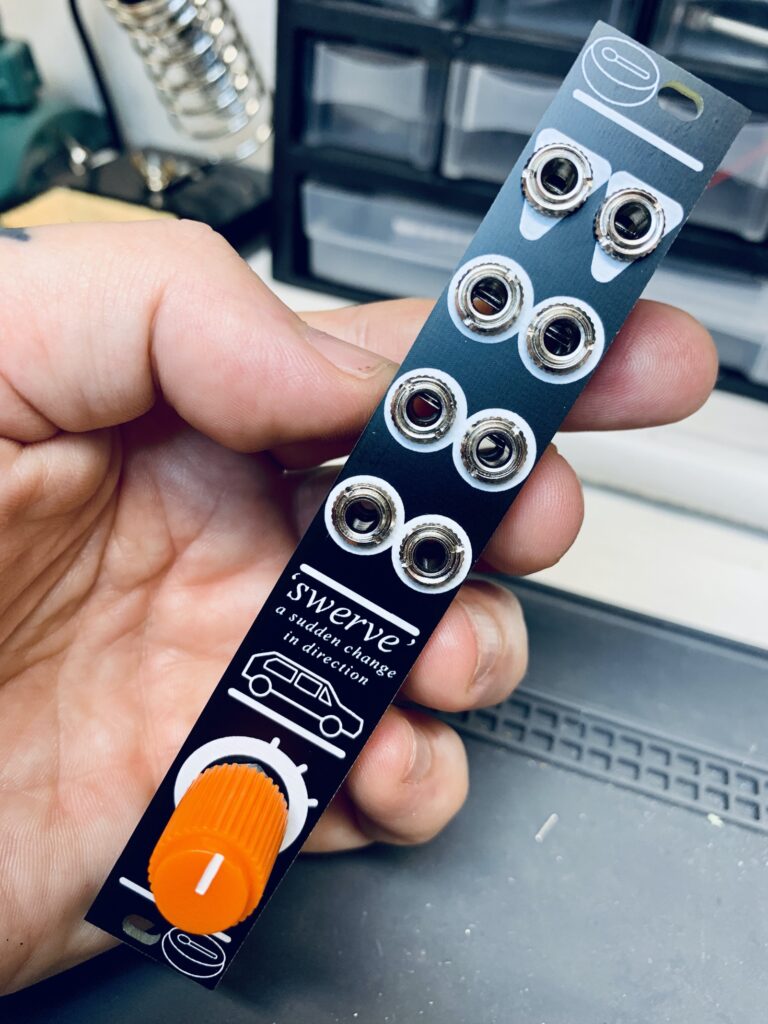 Cereal Instruments is back with another module and this one is known simply as ‘swerve’. The ‘swerve’ is considered a novice build with its layout consisting of 1 potentiometer and 8 jacks. Each of the top jacks can be switched by the any one of the three below it. A simple turn of the rotary switch and the signal quickly changes.

But what is this module used for? This module can be used to route cv to different inputs to control the output of the signal. It can be used for vibrato, cutoffs, a signal & hold and many other applications including a straight input to 3x output.  Cereal Instruments ‘swerve’ is also self patchable so that you can reroute signals almost as a bus within your rack. One thing is for sure is that this little 4HP module is very versatile and for a passive module, its circuitry is simple and yet complex. Let us get on with the build shall we?

Let’s get on with the build shall we?

For this build we utilized top down soldering for the beginning and bottom side soldering for the latter. Start by setting everything out and separating all of the components so that they are easily accessible and easy to find. The jacks are up first.

Place the jacks in line on the PCB making sure to line them up correctly with the circuit. We have included a PDF of the document that comes with the kit in case you need a quick reference. It can be found in the links below. 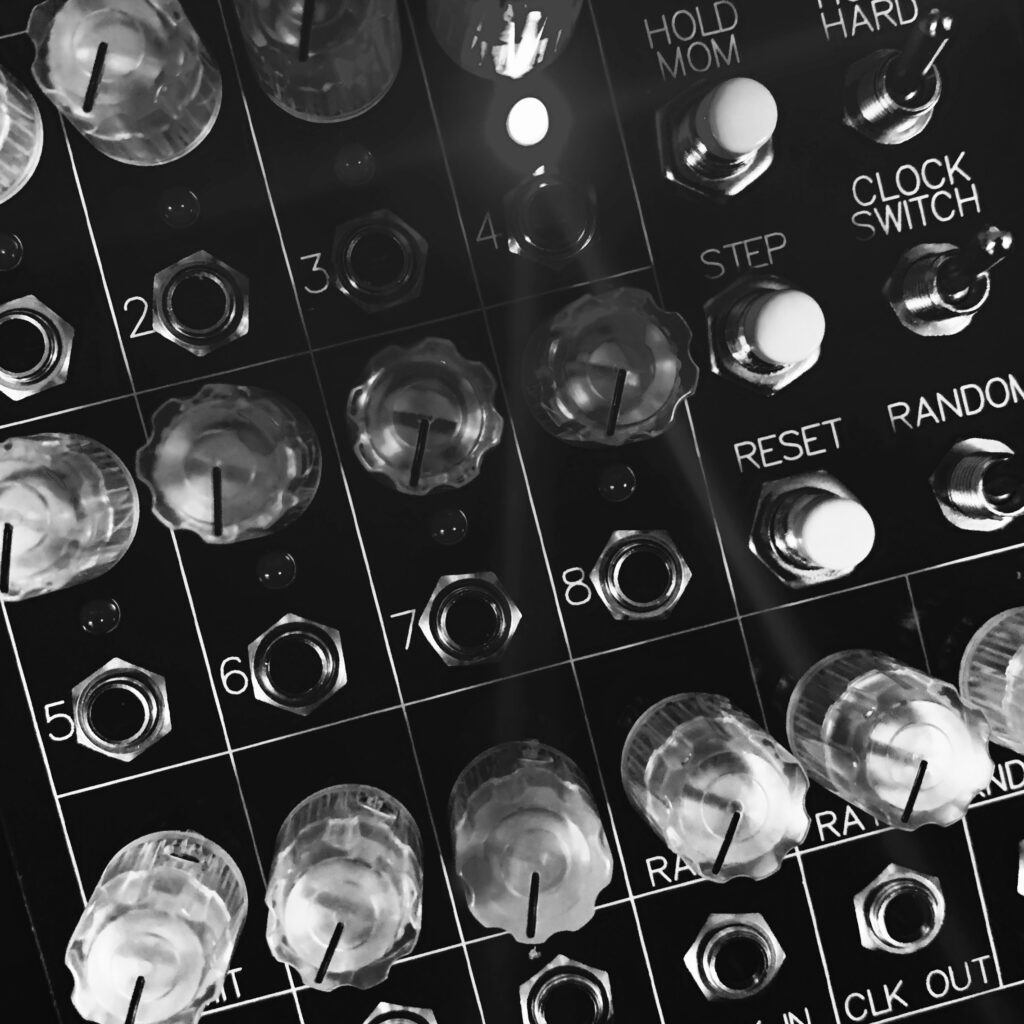 For our first DIY build of August we are taking on the Synthrotek Sequence 8, a classic sequencer with an easy to use interface. If you are like us, you know that the heart of any modular system consists of two key things; clocks and sequencers.

Clocks are important because they tell the sequencer or modules at what pace to send a trigger or gate. A clocks counterpart, the sequencer controls at what point the gate or trigger is sent to the corresponding module (ie. drums, percussion, oscillator, LFO, etc).

These give modular music their rhythm and flow. Without clocks or sequencers, your modular performance would just randomly trigger sounds and it would sound like a train wreck.

We needed to add another sequencer to one of our racks, and after doing research the classic interface of the Synthrotek Sequence 8 just made sense. The Sequence 8 is described as an “analog 8-step sequencer that is a traditional 8-step sequencer with some extremely handy features.”  We knew it was what we were looking for and therefore, we ordered up a kit and we were well on our way.

On with the build…

The Sequence 8 DIY kit consists of x2 PCBs and x1 Panel. There are a lot of knobs, pots and jacks to go along with the kit, so don’t get overwhelmed by that. Along with all of the aforementioned are LEDs, resistors, capacitors, headers, ICs and all the other components needed to assemble the module.